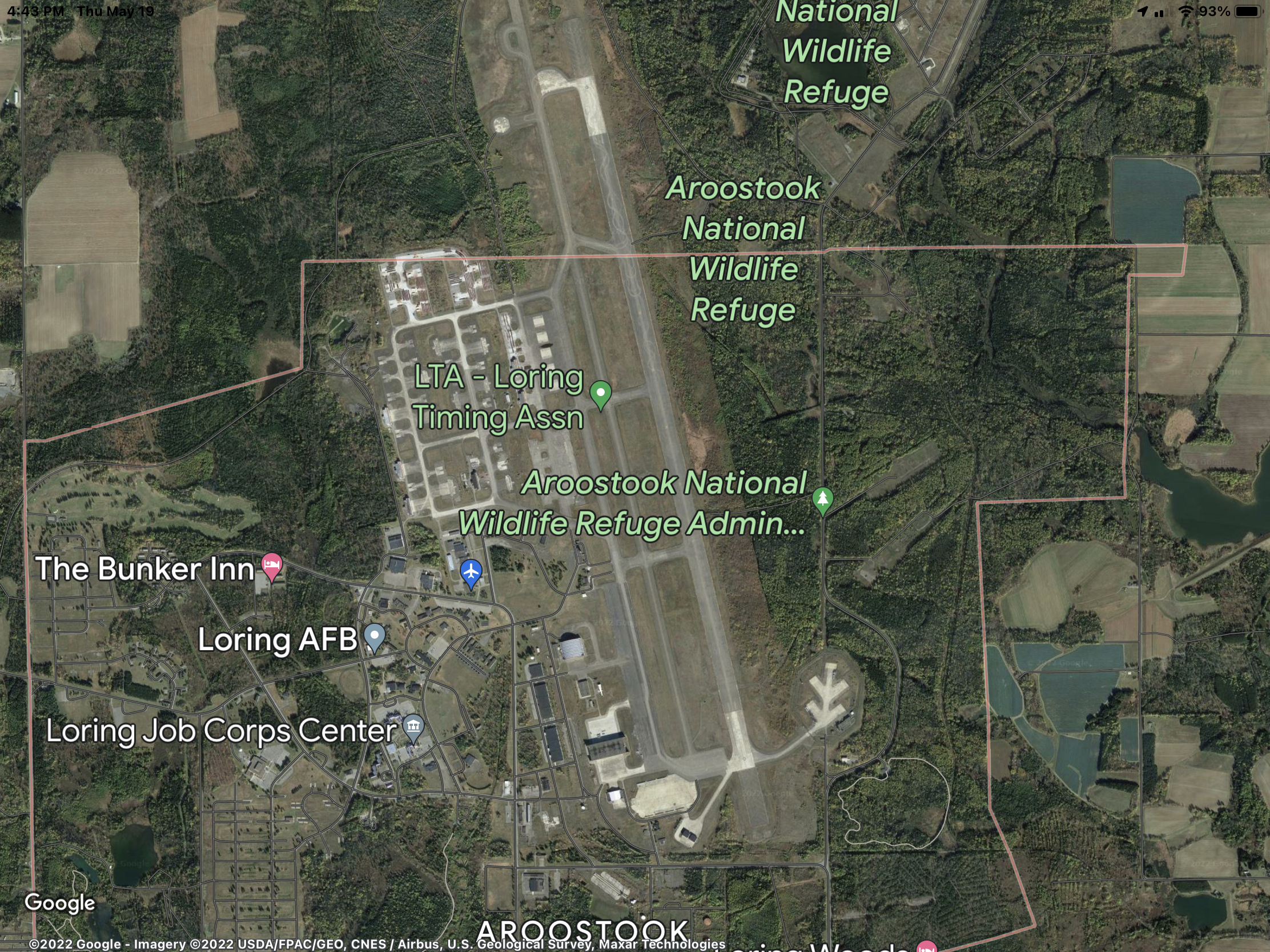 SAILING INTO THE RECORD BOOKS American Blokart enthusiast Bob Hredocik (“BB”) sailed into the Blokart record books over May 13-14, 2022 at Loring Air Force Base in Maine USA. Knowing that there was a prior record for the maximum number of miles sailed in a Blokart (previously held by Australian Ross Vickers), BB decided to attempt to break that prior record of 283 miles and he smashed it! BB sailed a new record of 366.1 miles (589.18 KM) within a 24hr period starting in the early morning of May 13th and ending with the breeze around 3AM on May 14th. The new record of 366.1 miles is around the equivalent of travelling by land from the Blokart main office in Mt. Maunganui to the NZ capital of Wellington! BB leveraged the incredible venue of the Loring AFB where the two main runways are 2mi long and 300’ wide, with several crossover taxi areas as well as two large “dial-up” type areas used for land yacht racing. This venue made it possible for him to sail at max speed for long durations during the day and night. BB had a support team helping with kart sail changes, spare parts (none were needed!), nutrition, communications, safety, night sailing, and runway use strategy so he could stay focused on sailing as much as possible. As you can see from the screenshot from his GPS unit, he sailed for approximately 22hrs when you add the moving time to the stopped time, but the last two hours of moving only yielded around 5mi since the wind was very light after 2AM. He averaged around 20mph when moving (higher if you discount that last couple of slow hours) and maxed out at 42mph. He started out with a 5.5m sail just after 5AM with a light breeze, switched to a 4.0m sail for the higher breeze afternoon, then back to the 5.5m in the evening. He did this on one set of the new Blokart tires and new HP rims. There were zero issues with the Blokart and BB only stopped a few times for bathroom breaks. At some points during the run, other Blokarts would sail near him and give him water bottles and sandwiches while he was sailing! While it was sunny and in the 80’s F during the daytime, at the end of the record run in the wee hours of the 14th, BB and some support team members enjoyed a taste of champagne that was from a bottle tucked in a snow bank left over from last winter! We’ve heard other folks around the world are already considering trying to break this new record.

Thought is the wind, knowledge the sail, and mankind the vessel.

Start Sailing With Us